The mission of Christian & François Ben Aïm Dance Company is to share dance and passion for movement via productions, workshops and masterclasses in France and abroad through their unique choreographic approach as brothers. The two Artistic Directors fulfill this mission through their dialogue and promote international and intercultural exchanges bringing dance to new audiences.

Christian and François Ben Aïm have created a singular work, built in balance on their brotherly dialogue and the constant renewal of their inspiration. A work whose shifting identity is approached through paradox: present, embodied, pictorial… but also delicate, discreet to the point of evasion, refusing to assert itself and leaving the imagination in suspense.

Ben Aïm’s dance strikes first by its physical commitment. Whatever the themes or intentions of a piece are, they are carried by an assertive physicality and seem to pass through the performers, without concession. The power of the movement, the energy, the intensity and the precision of the states of the body can be read at every moment in pieces that confront dance as a medium;  going to the heart of the movement as if to liberate its strength and expressiveness.

This physical commitment is coupled with a psychic commitment, summoning the feelings and emotions of the performers and their intimate relationship to movement. Essential material during the creation, this sensitive level is also called upon at each moment of the interpretation. A requirement which puts the dancer at the heart of the piece and places him or her in a full sincerity of his presence on the stage. For the two choreographers, the dancer is not simply a performer of movements, he or she experiences the sensitive.

From energy to form

The dance of the Ben Aïm brothers proceeds above all from energy, and is defined less by a plastic organization than by the setting in forms of states and plural energies. However, their writing knows how to be extremely precise, chiseling the ruptures, the suspensions, the precision of the states of the body or the use of a choreographic vocabulary. The challenge then lies in two things: the clarity of the form alone, and the accuracy of the state of mind summoned in the performer each time he or she performs a shape.

The composition of the pieces proceeds from this same alchemy between the sensitive and the formal. Based on clearly identifiable sequences, it nevertheless plays with subtle effects of shifts and superimpositions that blur the cards of an apparent geometry. The conduct of the works resides less in the order of a narrative than in the art of modulating the flows – rhythmic, visual, sensitive – to lead the spectator to the liking of a course of impressions skillfully built.

This is perhaps one of the most recognizable features of the “Ben Aïm style”: the presence of a poetic universe, whose visual and sound richness opens the spectator’s eyes and carries the dance as much as it echoes it. Teeming with images, references, and symbols, the choreographers’ imagination borrows from dreams, the marvel of fairy tales, or the invisible reality of surrealism; it suggests a world rustling with a thousand echoes, furtive flashes that must be grasped or approached in order to catch a glimpse of its mystery.

Multidisciplinary, the writing is based on music and image as it borrows from the theater: not to draw motives or situations from them, but to feed the dance with their expressive richness. The movement is written in an intimate dialogue with the rhythms and colors of an original score, often played live and written for the piece; and the dancers seek, beyond the movement, a simple but complete presence on the stage, like a quintessence of theatricality.

From this imaginary richness and this expressive power born from the crossing of the arts, one will however be careful not to expect a univocal or assertive writing. The key to Ben Aïm’s universe is never given; on the stage, the levels overlap, slip away and are reconstructed, constantly offering material to dream about.

A poetics of instability

Christian and François Ben Aïm define movement as a shift and dance as a journey. “To take a step is to deviate from oneself and to take the risk of novelty,” write the choreographers. Exploring fraternity, desire or emancipation in their contradictory richness, questioning norms in their ambivalence, they approach each piece as an exercise in imbalance; an experience whose challenge is to approach the void, perceived as a place of danger.

It is this inner displacement that is played out on the stage, making each piece a crossing, a journey marked by transformations that in turn displace the spectator’s gaze. Through a subtle effect of empathy and contamination, the Ben Aïm brothers take us into a world where nothing is stable, where truths are disturbed and reinvented; a world to be questioned together. 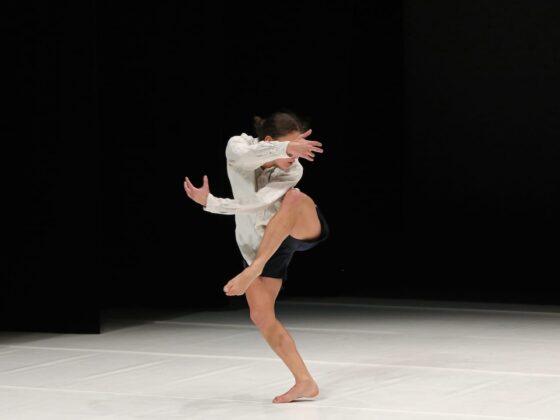 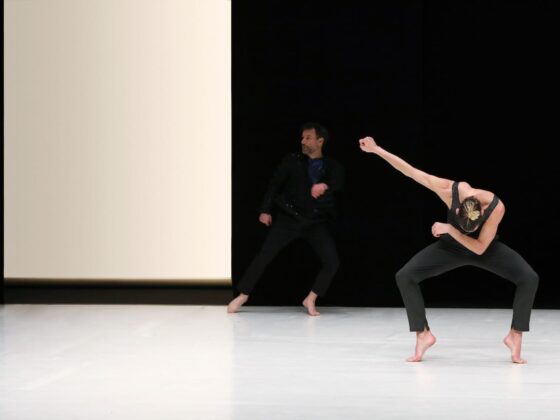 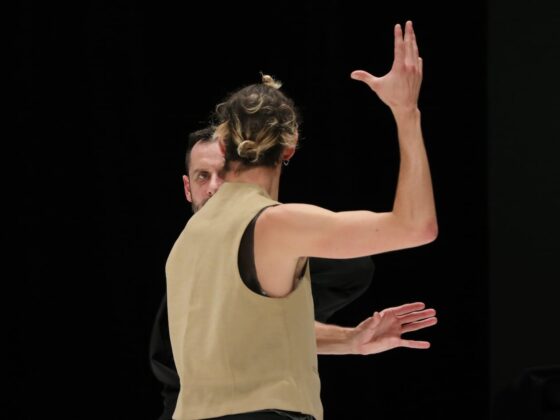 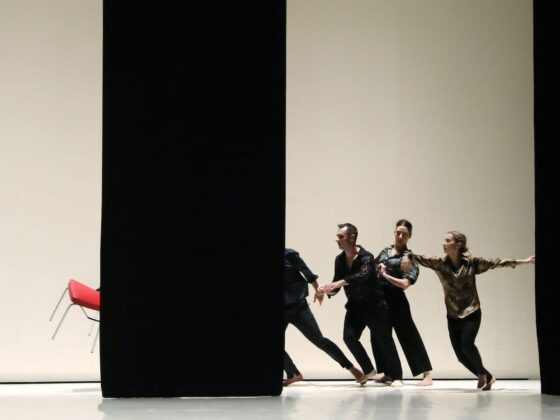 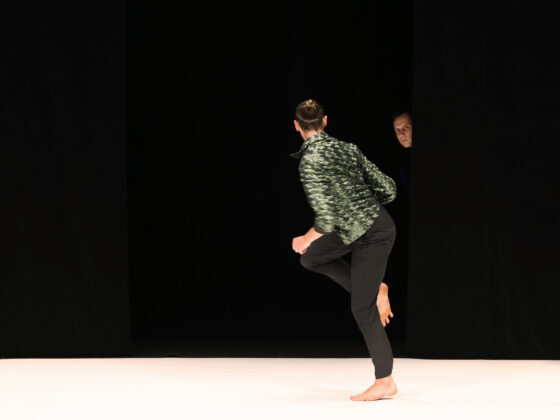 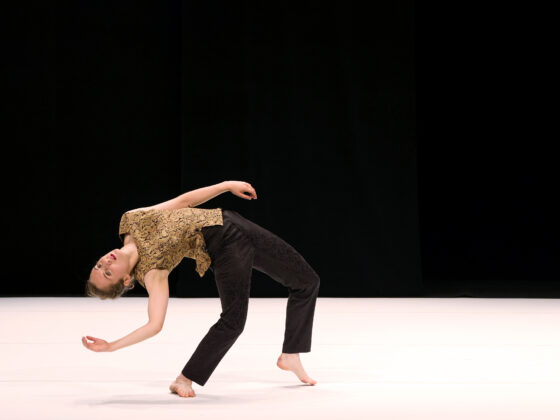 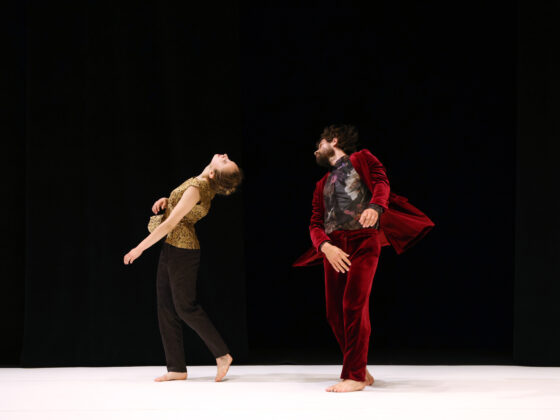 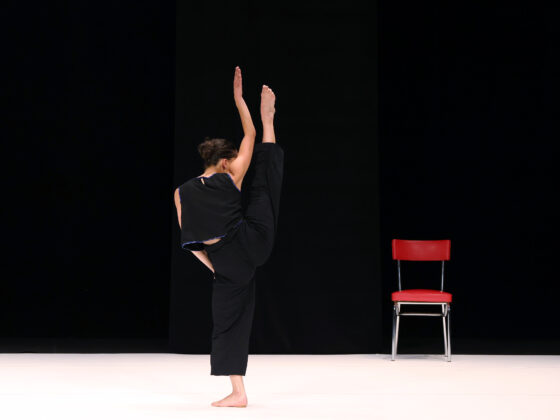 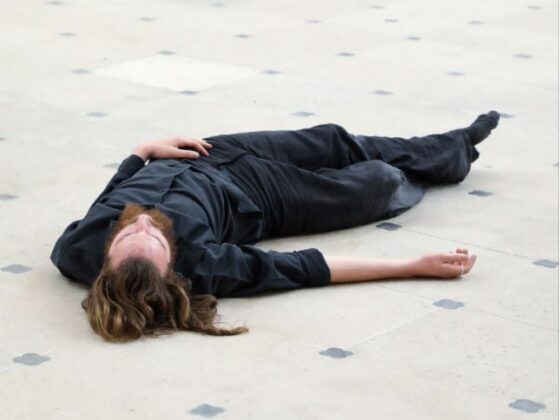 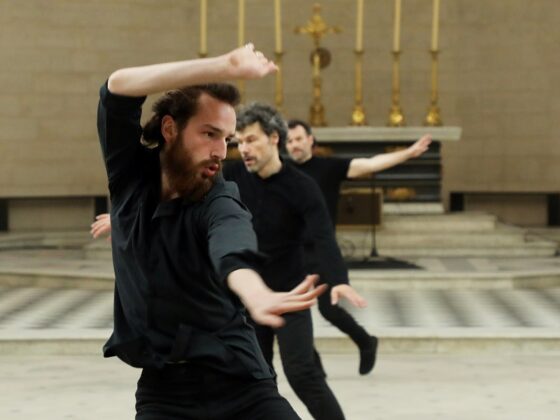 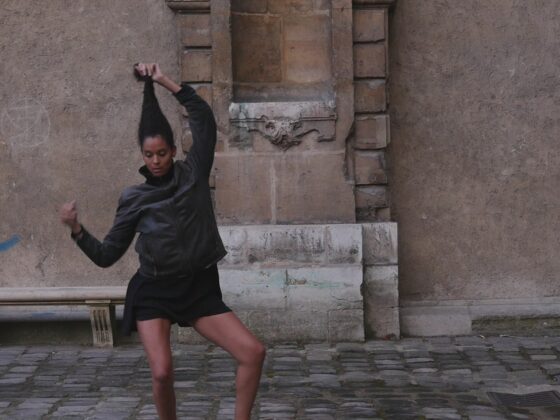 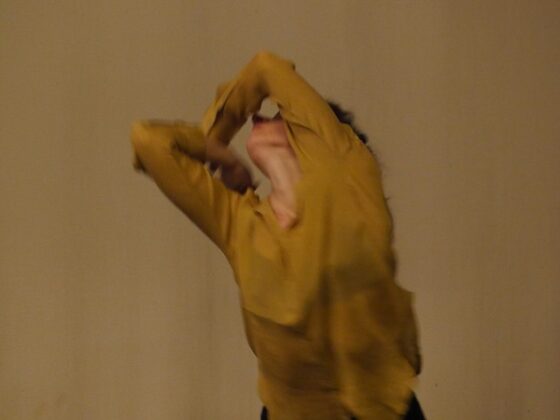 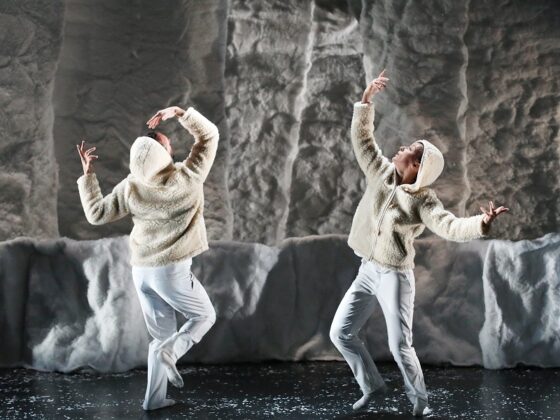 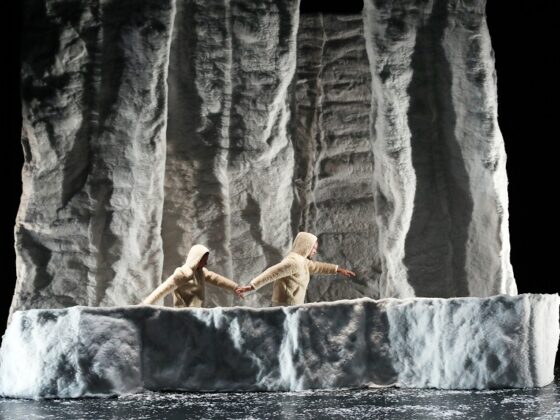 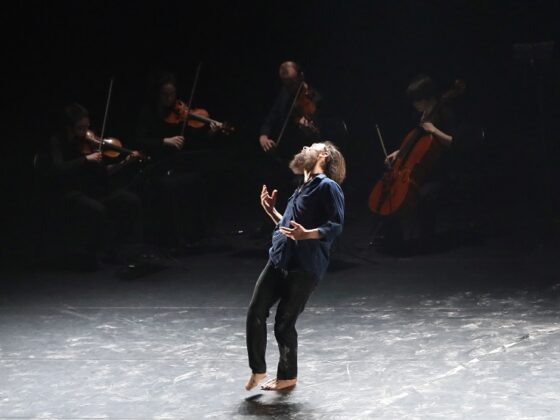 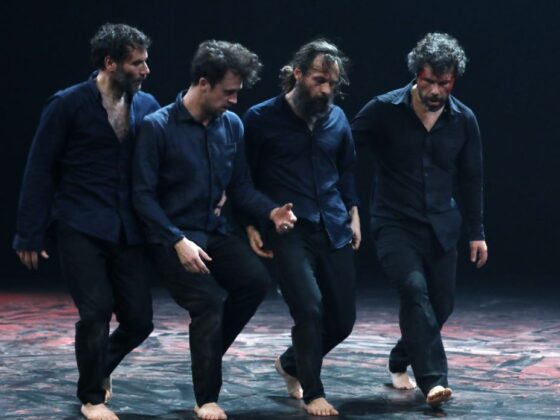 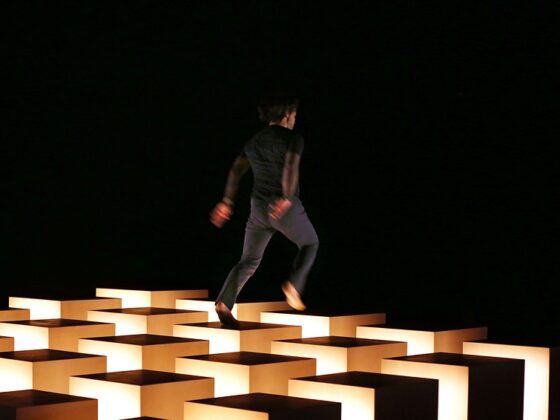 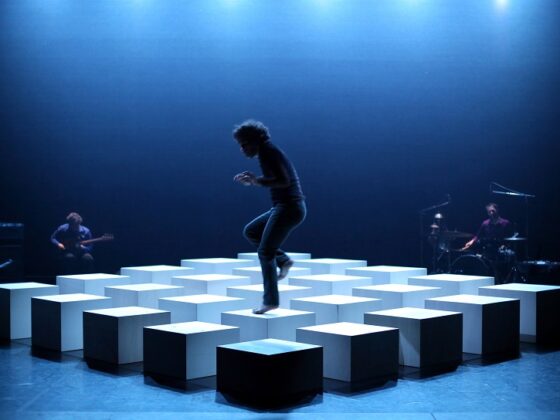 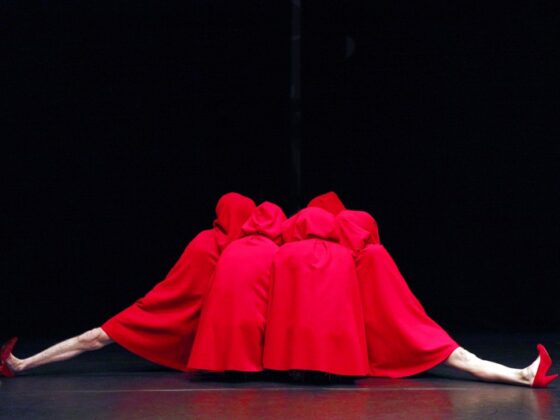 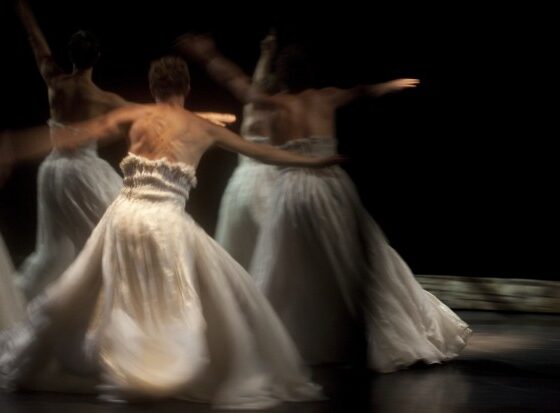 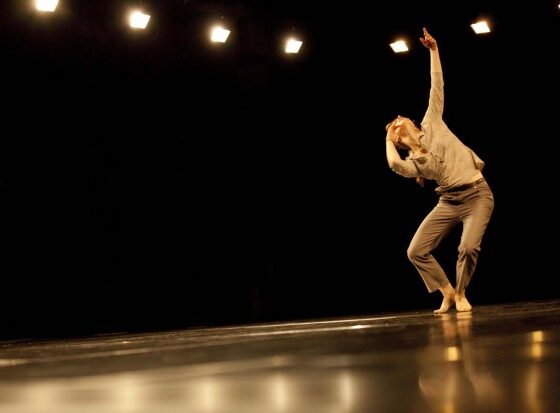 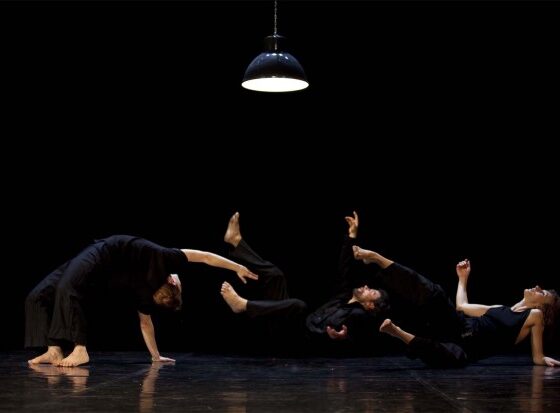 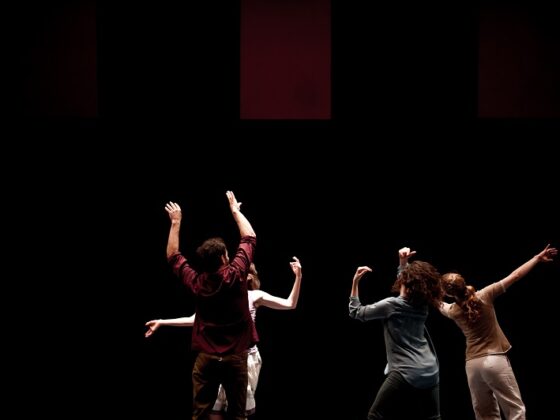 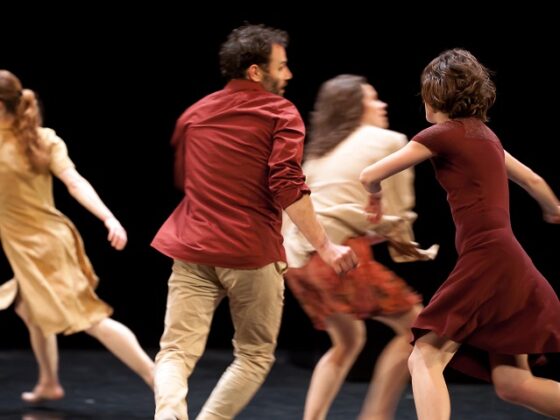