For a continuous training of the performer and a school for the spectator : we believe in the emancipating effect of dance. Whether it is a question of familiarizing oneself through dance, discovering an artistic practice or honing one’s skills as a performer, the art of choreography is an art that forces us to look back at ourselves, to go beyond ourselves, and it constantly activates our primary link to the other.
In order to carry out these movements of transformation further on, we like to integrate training and artistic actions into our creative process and our choreographic research.

The forms of these encounters are multiple, and are constantly reinvented according to the complicity and context of our partnered theaters or training institutions/structures. With this sincere desire we participate in the sensitive opening and the curiosity of the spectator-dancers, amateurs or apprentices, of today and tomorrow.

Numerous training courses, masterclasses, workshops or research laboratories are organized each season in connection with the presentation of the pieces to professionals or choreographic artists in their  professionalization process.

The choreographers lead training sessions directly within institutions: CNDC, rectorates, art schools (ESAD, Académie Fratellini), conservatory schools and other dance centers such as Micadanses, or in connection with partnered theaters.

INSTITUTIONAL PARTNERSHIPS – In 2021, sharing the exploration of the comic dimension in movement around FACÉTIES, Christian and François BEN AÏM lead an interdisciplinary work in dance, music, circus and theater for a new creation during the Night of the Circus with the 7 apprentices of the Académie Fratellini and the 6 student musicians of the Pôle Sup’ 93.

WORKSHOPS/TEACHERS – In 2019, in collaboration with the Théâtre de Saint Barthélémy d’Anjou, Christian BEN AÏM will lead workshops as part of the departmental program La compagnie des professeurs de danse. This project links creation and pedagogy, in order to nourish the practice of each.

(RE)CREATION OF A PIECE / TUTORING – Starting in 2023, Christian and François BEN AÏM wish to recreate the emblematic piece of the company Waltz in three-quarter time, born in 2010, with dancers of the younger generation who have just graduated from school. Intended for theaters but also for places less used to hosting performances, this proposal is articulated in three short complementary forms (solo, duo, trio).

CREATION WITH ESAD – The choreographers work with  the Ecole Supérieur d’Art Dramatique de Paris (ESAD) third year students for a creation called Orchestrating the Unexpected (research carried out around  JESTS) which is presented at the Plateaux Sauvages, partner of this project, in February 2022.

Setting up singular encounters, cultivating curiosity for other aesthetics, and communicating their passion to dance to all audiences, initiated and uninitiated alike, are indeed the foundation of the choreographers’ investment.

The presentation of the company’s creations is always the occasion to go and meet the public, under various forms of artistic actions. The company’s ambition is to develop a dynamic around the artistic project and the pieces presented.

The choreographers particularly like to inscribe this approach on a territory, within the framework of long residences, allowing to establish a complicit and perennial relation (see page partners).

These encounters are imagined and created in various forms, and they take place in different contexts of exhibition of the works: thus, the usual proposals of choreographic workshops or stage-side events are combined with more unexpected encounters, very often set up with the complicity of partnered theaters.

For several years, Christian and François BEN AÏM have been putting their choreographic writing to the test through their work in situ in order to explore in depth the poetic dialogue of dance within everyday life. The pieces and performances they propose intrude into ordinary or unusual places to establish a very direct relationship with the reality of the present, they open breaches in reality to enrich the possible perceptions.

Sharpening creativity and listening to what surrounds us, this approach allows choreographers, performers and also spectators – sometimes fortuitously – to experience their freedom, to experiment with movement outside their comfort zone, and to push the capacity for astonishment even further.

SOME EXAMPLES OF PUBLIC/ATYPICAL SPACES – In parks or gardens (in Meudon with the piece The senseless community ), in front of exhibitions and in museums (with Snapshots #1 and The senseless community ), in people’s homes “Danse en appartement” (with Bird) but also in women’s homes (in Châtillon with the piece Bird), or in several penitentiaries (with the duo Carcasses, un œil pour deux).

SCHOOL: PRIMARY, COLLEGE, HIGH SCHOOL, UNIVERSITY – In total, more than 600 hours of artistic actions have been carried out by the company over the last three years in collaboration with distribution partners. If the piece Mirages – boreal souls allows the company to work mainly with elementary school and families, JESTS leads to solid partnerships with high schools, colleges and groups of advanced amateurs. The choreographers also intervene in master’s degrees or at other levels (arts, sociology, human sciences) around the themes that are dear to them and their unique artistic approach.

AMATEURS – Numerous activities are organized for amateurs. In 2022, The lightness of storms was revisited at the Conservatoire de Nantes. This repertory piece is also the subject of a creation within the framework of the CN D‘s Danse en amateur et répertoire program. This transmission project gives graduate students the opportunity to recreate excerpts of the piece according to its original principles; the culmination of this work is presented at the Maison de la Danse in Lyon in June 2022. For the 2022/2023 season, Christian and François BEN AÏM have been invited by the Théâtre de Brétigny, with the support of the Département de l’Essonne, to carry out an important work of sensitization to the choreographic field around the piece JESTS, through a device entitled “Transmission”. It brings together some sixty amateur participants (of all ages, levels and dance styles) from six conservatories and dance associations in the department, with a “restitution-creation” in early June 2023 in the park of the Domaine de Chamarande.

These last projects are at the crossroads of the choreographers’ long-term work with institutions and professionals in the field of choreography and their recognized appetence for raising awareness among amateur and non-initiated audiences. 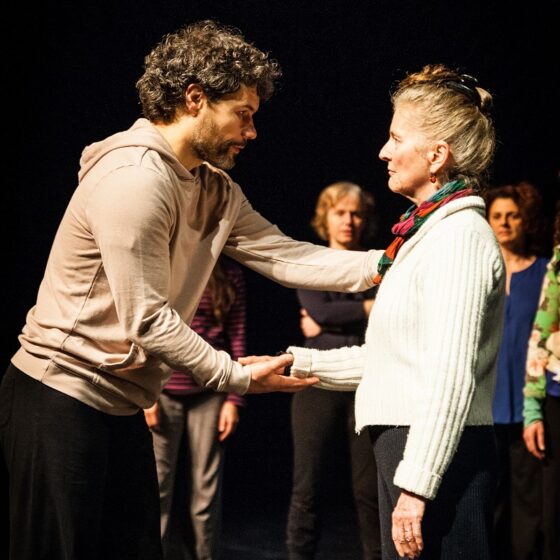 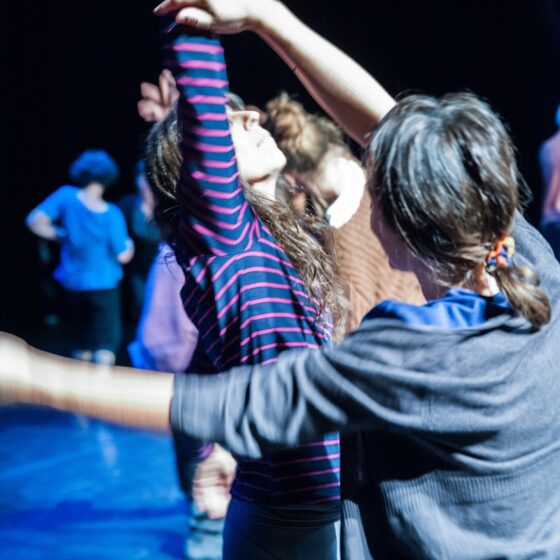 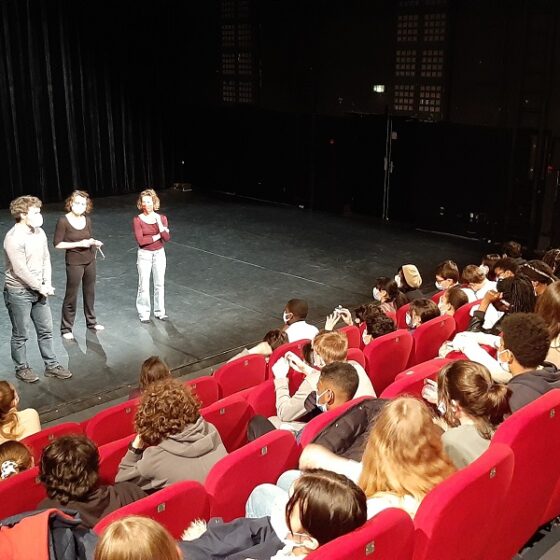 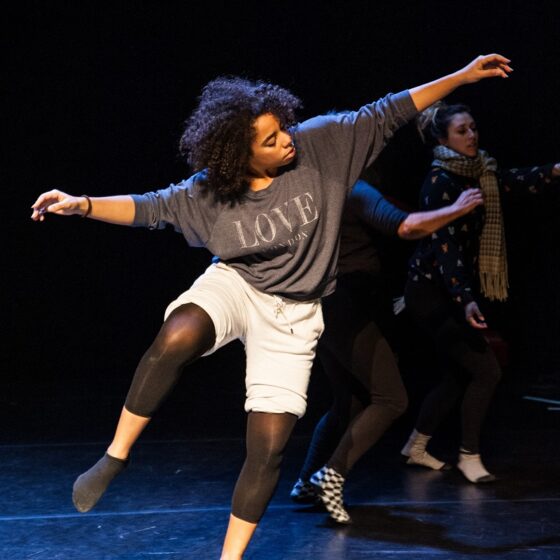 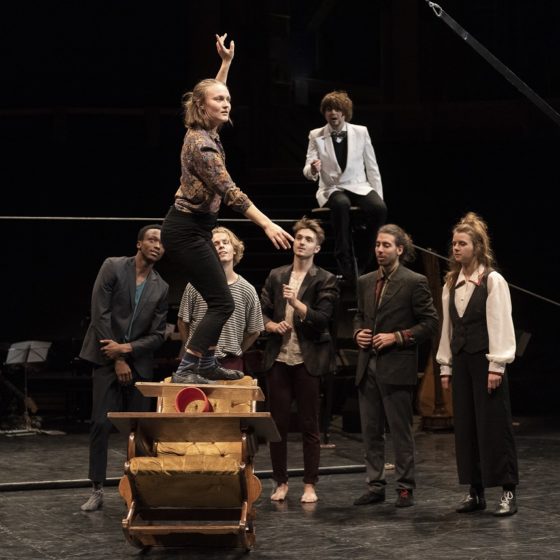 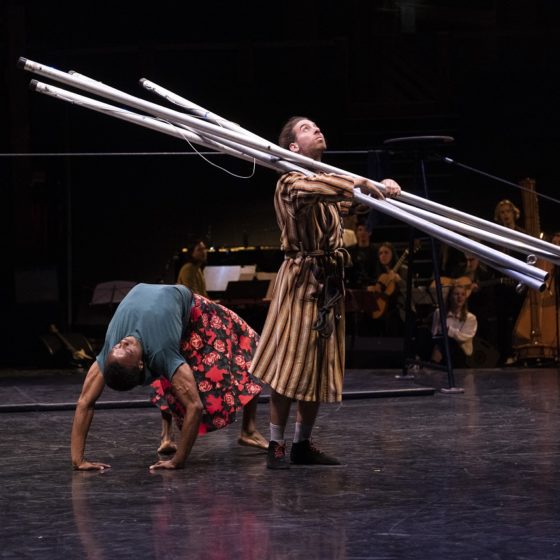 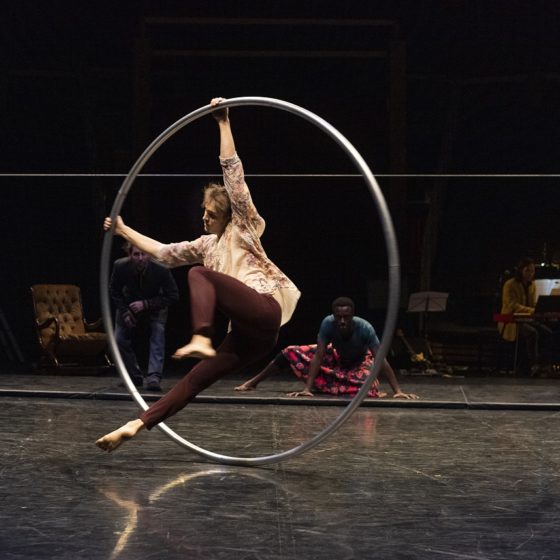 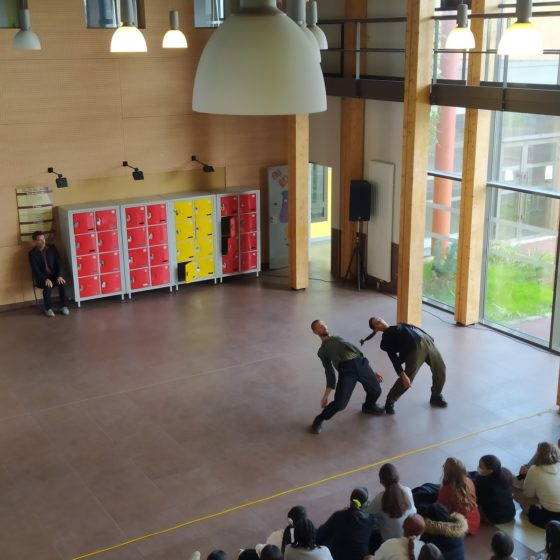 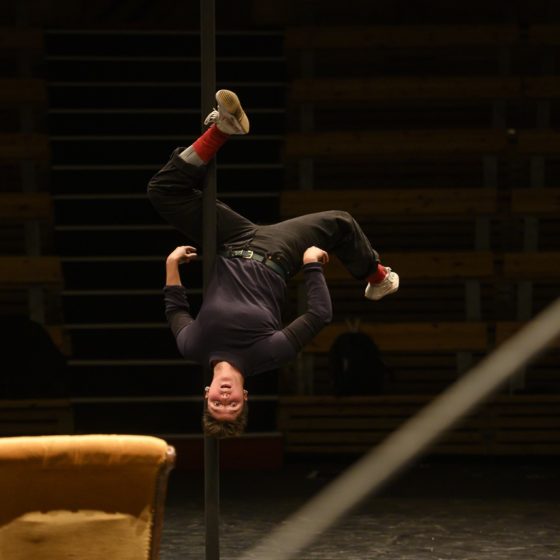 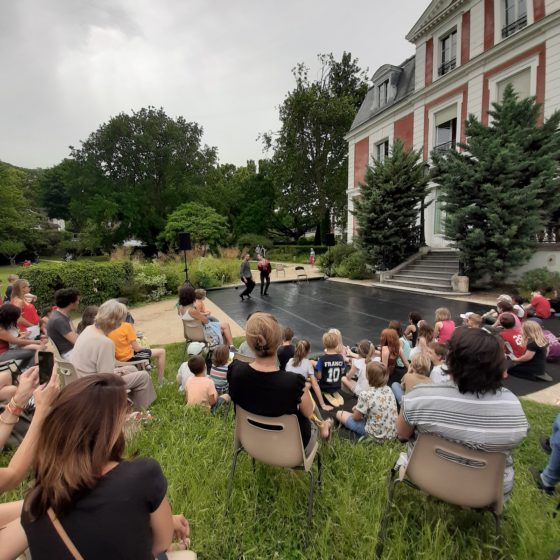 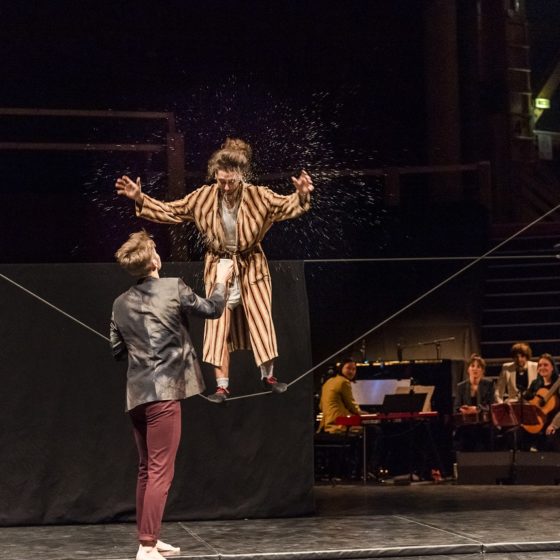 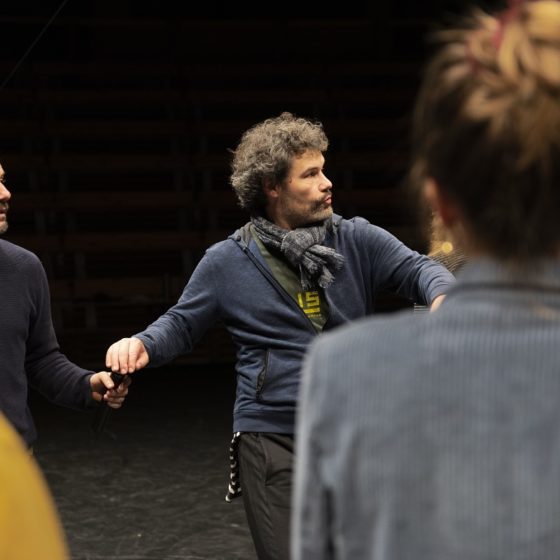 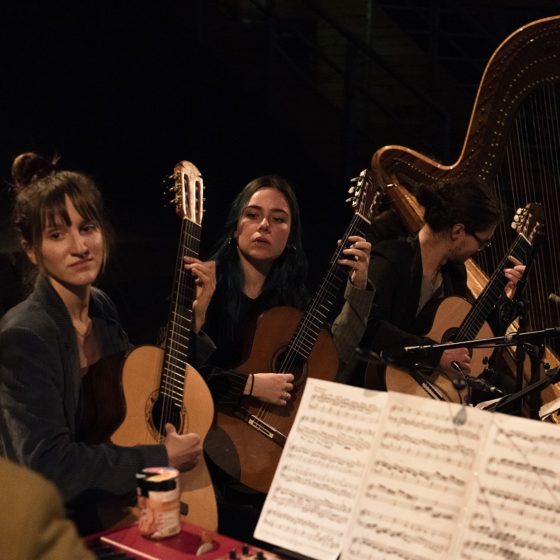 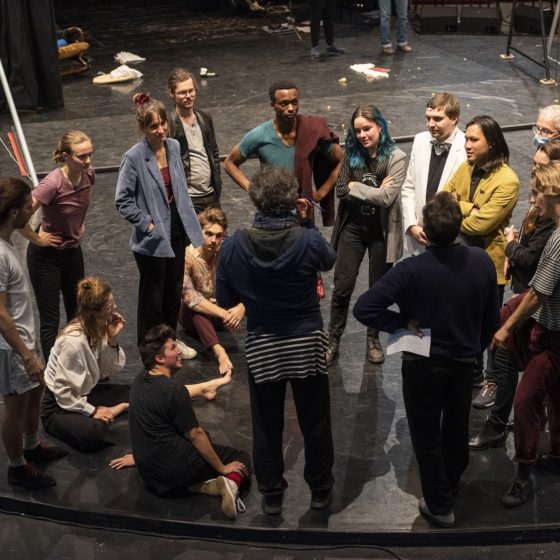