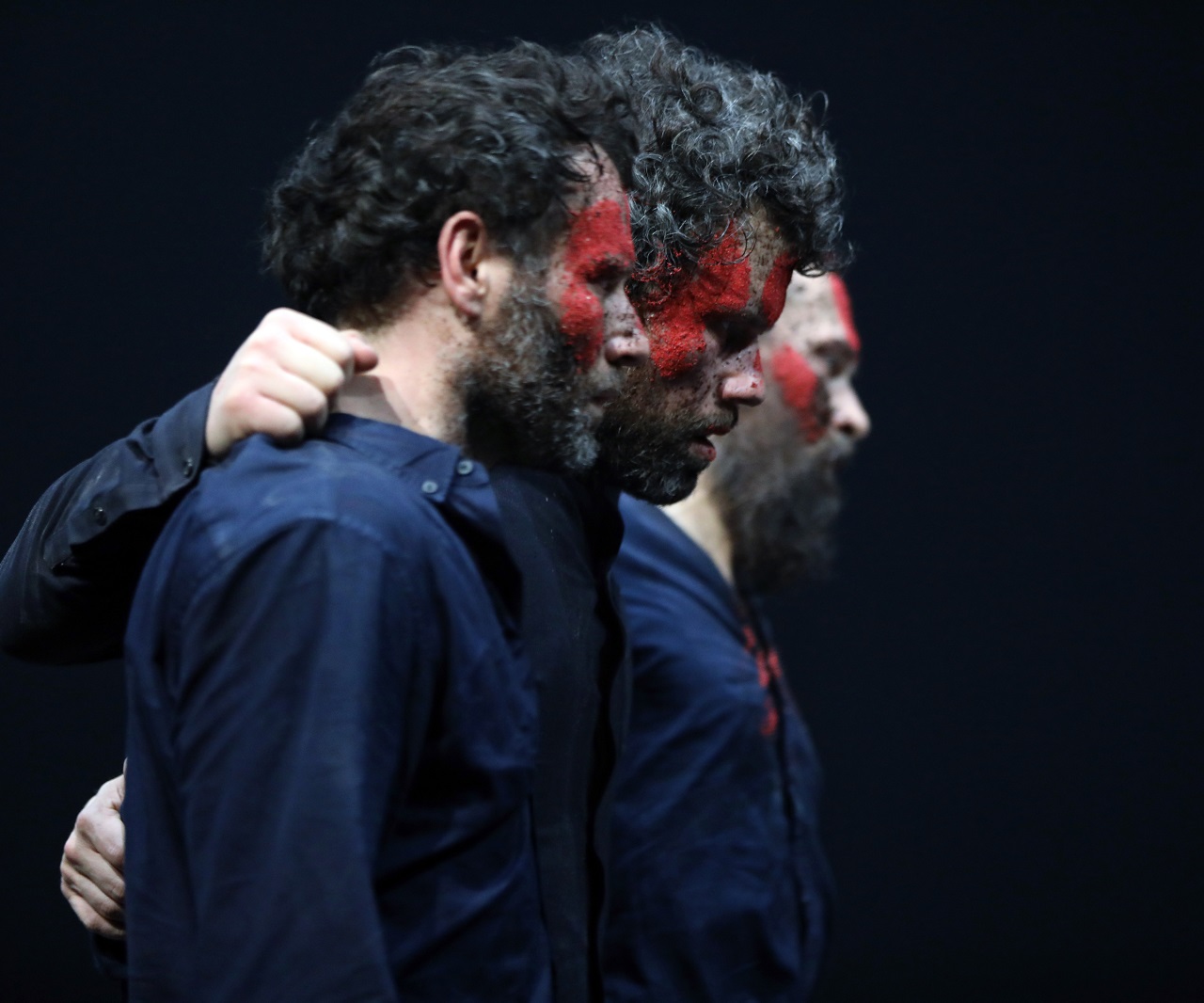 For more than twenty years, the Ben Aïm brothers, Christian and François, have developed a rich body of work abounding in poetry and high standards, interlaced with a brotherly bond and singularity.

In the wake of their cross-disciplinary training in dance, physical theatre and circus arts, each one followed their own career as performers. In 1997, the brothers joined forces to create À l’abri du regard des hommes, avant d’aller mourir ailleurs, a hybrid performance in dance and theatre, thus embarking on a partnership that would lead to some twenty original pieces, deeply rooted in their grassroots work while also being produced abroad.

These productions draw their inspiration from various sources such as literature, music and pictorial arts, intimately blending artistic disciplines on the set.

Some pieces in a career path

Following in the same vein as À l’abri du regard des hommes, avant d’aller mourir ailleurs came La Frontera and Ne vous fiez pas au titre, il peut encore changer, with a style of dance that is not without a sense of humour and containing elements full of surprise. Other signature pieces include the diptych inspired by the work of Bernard-Marie Koltès, Carcasses, un œil pour deux and En plein cœur whose dancing bodies sublimate the text through the original scenography coupled with a bespoke musical creation.

The Ogress of the Archives and her dog (2011) plays fully on the intersection of different disciplines by blending dance, film, circus arts and live music. Waltz in three-quarter time, for its part, rendered as a solo, duo and trio piece, flirts with minimalism while rubbing shoulders with the three very distinct musical worlds of jazz, classic and off-the-wall rock.

Christian and François have also focused on the younger audience through the prism of nature, by creating The Dense Forest  (2013), which gracefully and gently paints the world of childhood, and Mirages — Boreal Souls (2018), an immersive fable of anticipation set in the icy expanses of the Far North. In these pieces, video, a source of shadow and light, creates movement and illusion through transparency, images thus finding themselves transfigured as though a poetic extension of the choreography itself.

The new pieces confirm the essential role live music plays in their work, bringing together dancers and musicians on stage to perform original compositions. Live music is especially showcased in The Lightness of Storms (2014), an invitation to observe this boundless energy that is desire, with three cellists and a singer. Inhabited, Uninhabited (2016) displays an almost bestial dance with a backdrop of spectacular scenography, in a throbbing craze infused by a guitar/bass-drum duo. Lastly, Burn, Rebellious Hearts (2017), which vigorously questions brotherhood and insubordination in a society ridden with determined violence, is borne by the musical score of Ibrahim Maalouf, forcefully underpinning the narrative.

With the performances Snapshots, a series of female solos (2018-) that display a dialogue between the intimate, the relationship with the self, and taunted external forces, and Arise (2019), devised in collaboration with the singer-songwriter-composer Piers Faccini in the Sainte-Chapelle of Paris, music forms a bond between dance, prestigious heritage sites or unconventional venues and in-situ itineraries. These pieces reveal a suspended and bewitching dimension of the brothers’ work.

Lastly, JESTS (2021, FACÉTIES in French), plays with the codes of normality and questions the role of humour in choreographic writing. Exploration of what is human continues through a new filter: that of the comic.

Pieces on tour
The company
Close