I feel a definitive exasperation concerning what I “was”, so much so that the past tense here imposes itself. A sudden feeling of a very old age, a very clear impression that what I was a few moments ago has become very old, close to being definitively obsolete, and above all, what is particularly exhilarating, that nothing, surprisingly, hastens to take over the place left empty. In the feeling of this “state of being”, this question of obsolescence focuses in particular on my work as a writer, on my relation to writing, and I have the clear feeling that from now on it will be lived differently. Nothing will be thought of in the way of “S C” anymore, definitely out of my relationship to myself, the action that has become autonomous will be lived in this beautiful referential void, without style, my “usual sauce”, in the ignorance and indifference of who I was.

This choreographic solo takes off in the assault of the Self, in the fury of the pulsations insufflated by a bass guitar-drum duo, present on stage, at the same time rough and sensitive.

A maze made up of about thirty steles with multiple and moving properties becomes the minefield of the agitated, stable, blind “I”.

Here the mourning of our certainties is played out, between resistance and renunciation, abandonment and deliverance.

A questioning on the states of being in front of itself, carried by a rhythmic, animal dance where nothing is consciously created, but arises in what escapes.

The movement makes the cracks resonate, lets us glimpse the breaks, reveals the fragile strata of what makes us up, to better detach ourselves from them.

Towards what end? Erasure or renewal?

A solo on mourning then, which can make sensitive through dance and stage this passage, this in-between, where attachment, resistance, renunciation, abandonment and deliverance are entangled.

Attempting to decentralize oneself in order to thwart oneself requires setting up renewed, specific creative processes, some of which are still to be invented.

Also to go to the end of this experiment, it is the very intervention of the will which is put aside, the piece draws exclusively its basic material from elements elaborated in dream or revealed under hypnosis. The idea is that all the choreographic material can take its source in the heart of the author, without him being able to claim anything, neither belonging nor ownership.

The project thus holds its specificity in this proposal of not wanting to “create” anything, and to seek to make emerge only pre-existing elements, by “offering” them the possibility of realizing themselves.

The states of the body, the states of dance will be privileged. This mourning must be rather than a story, an ordeal where the dancer’s body, before any other element, carries by its successive choreographic mobilizations the dramaturgical stages of the piece. 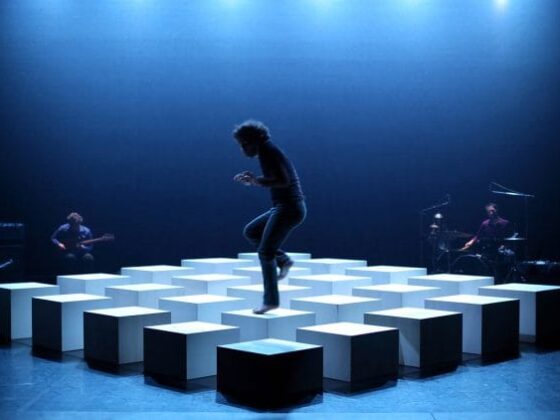 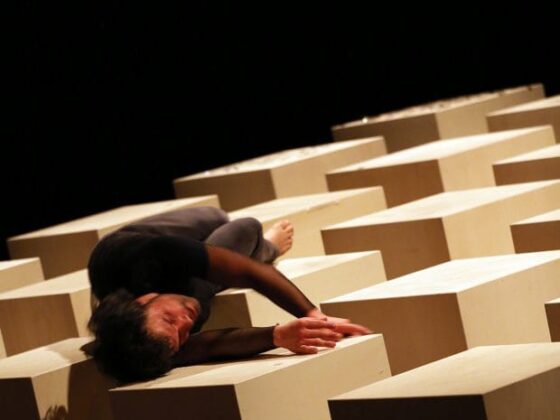 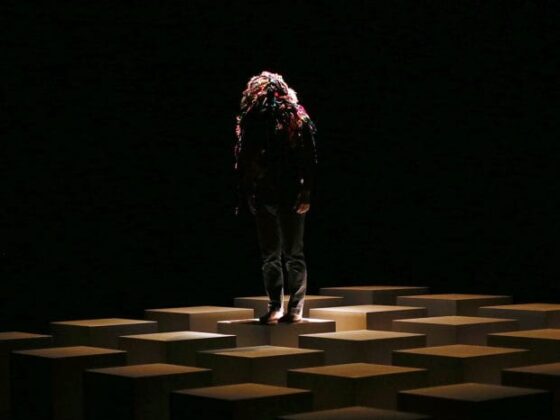 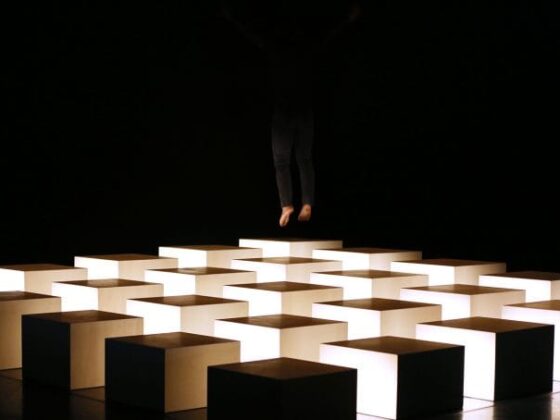