How can we imagine what will happen after the ice melts? Using an igloo as a starting point, the only one left on the Arctic ice floe, Christian and François Ben Aïm’s choreography evokes a world that is changing, the progressive and inexorable disappearance of a landscape and its consequences. Two performers, two bodies themselves in the midst of metamorphosis, explore their surroundings and express through their movements or attitudes, sometimes animal, the link that unites them with nature. Sound composition (cracking, the crashing of ice, silence or the voices of the Inuit people) and music, video images and lights create a fantastic universe, just like the fascinating northern lights. A choreographic poem that balances between the vision of a predicted catastrophe and the anticipation of the unknown. 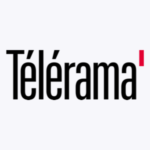