With JESTS, Christian and François Ben Aïm sign a jewel of absurd choreography that lets us glimpse the beauty of our differences.

As a preamble, the Ben Aïm brothers, embarrassed, pretend to explain their approach. In this piece it is a question  of the dimension of the comic in the movement. They quote Bergson, Aristotle, Freud or Vassiliev before concluding : “And there, we are between the I don’t know what and the almost nothing!”. After this first facetiousness mixed with self-mockery – doesn’t contemporary dance sometimes tend to take itself too seriously? – six performers, including Christian Ben Aïm himself, gradually take over an almost naked stage. In their gala clothes with glittering sequins they sketch out awkward gestures. Carried away by their limbs which agitate without control, they seem worried about what happens to them. They enter and leave without warning, observe each other, imitate each other and when they approach each other their bodies clash. They draw a choreography that one would believe regulated by the ministry of the stupid steps dear to Monty Python.

An ode to difference

But little by little, gaining confidence and assuming their strangeness, their gestures are loosened and harmonized, their pleasure of dancing becomes palpable. They dare to do tricks, jumps and even a few lifts, with the preciousness of children playing at being a king or the tender wildness of young animals. In doing so, their strange yet virtuoso choreography leaves the register of the disturbing or the comic to conquer that of poetry. One then thinks back to the introduction in which mention was made of the gap with the norm and which asked: “What is funny? What is funny and ultimately beautiful?” We have the answer to that second question, it’s JESTS! 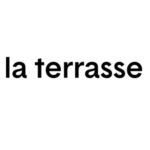 Back to work: June & July in joy