Embodied by Alex Blondeau, a new page is written in the feminine with transformation, emancipation and revelation as a guide. A passage from darkness to light!

In the same way that the first solos highlight the qualities of the performer in the face of a specific universe, for the third part of the Instantanés series, two ideas lead the first desires: the expression nightbird with all the imaginary that it evokes; and the association of the word night with that of disappearance, the night envisaged as a metaphorical space to say absence, and also the moment when one can (re)invite with joy the absent ones.

Alex Blondeau trained in dance at the Paris Conservatory, then at the Conservatoire National Supérieur de Lyon. After graduating in 2017, she joined the company of the Stadttheater Bielefeld in Germany, where she collaborated with Lali Ayguade and Simone Sandroni.

Back in France, she works with Maguy Marin for the piece “May B”, as well as with Luc Petton for a production mixing nocturnal birds and orchestra on stage.

In 2020, Alex joined the Cullberg company in Stockholm, and became familiar with the work of Scandinavian artists. She then joined Rosas in Brussels to participate in the revival of Anne Teresa de Keersmaeker’s landmark piece “Drumming”.

At this time, Alex starts to follow a Master in journalism at the ESJ in Paris, in parallel to her freelance activities.

In September 2021, Alex joined the Skånes Dansteater company based in Malmö in the south of Sweden. She dances in the production of the Dutch choreographer Anouk Van Dijk. 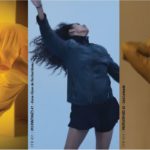